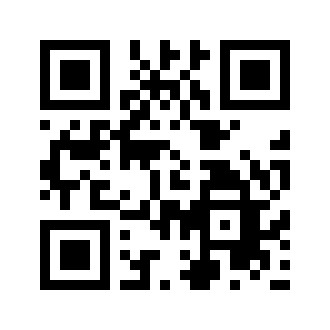 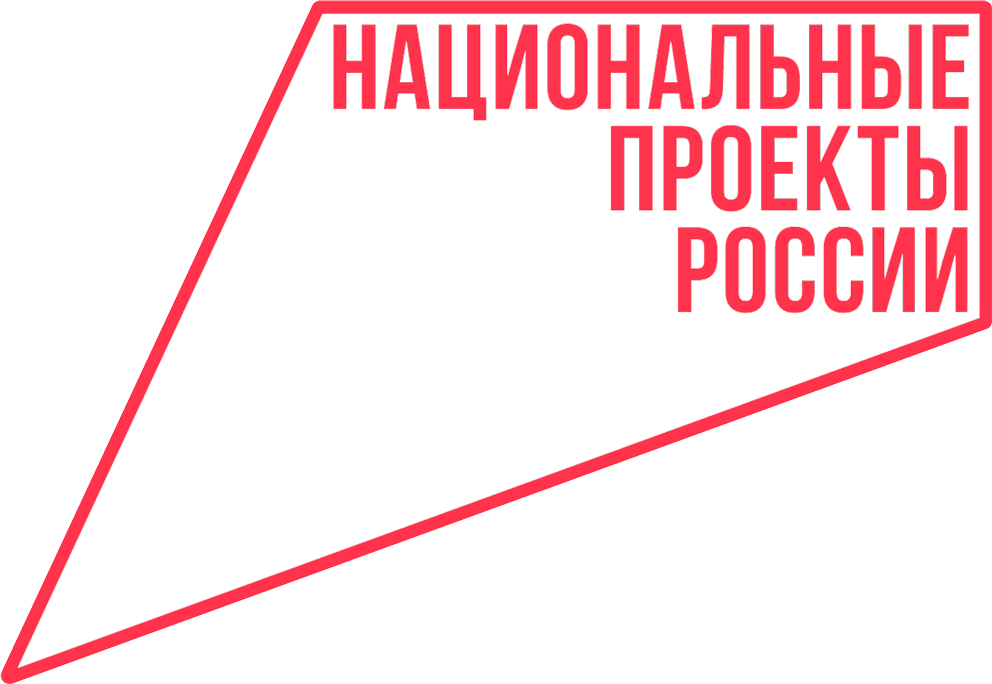 ALL FLAGS ARE GUESTS TO US

Over 4,500 participants
Over 20 countries

The unprecedented number of foreign participants at the Second International Forum of Oncologists and Radiologists was another sensation of the year.

“If earlier in the forums we saw one or two participants from our foreign colleagues, today whole national teams have arrived,” one of the organizers of the forum joked. And it is true. Oncologists and radiologists from Germany, China, and Japan sent very large delegations.

The protocol of the Cooperation Agreement between the Institute of Oncology and Radiology of Serbia and the FSBI NRC Radiology of the Ministry of Health of the Russian Federation was signed on the fourth day of the forum. The parties see each other as partners and recognize the importance of developing cooperation - as

recorded in the protocol of the ceremony. Countries will unite their efforts in research, medical and educational activities, improve the quality of postgraduate continuing education, and promote educational and research programs in the educational and scientific space.

The agreement provides for the joint conduct of scientific research and the dissemination of their results, the holding of joint seminars, conferences, round tables, symposia, including using telecommunications, internships of graduate students and young scientists of Serbia in Russia.

On behalf of Serbia, the protocol was signed by the director of the Institute of Oncology and Radiology, Marina Nikitovich. On the Russian side - the general

Director of the Research Center of Radiology, Academician of the Russian Academy of Sciences Andrey Kaprin

On September 27, IV International Readings in Memory of Academician A.F. Tsyba "Combined treatment in oncology: a modern view." This event was the final in the marathon of the Second International Forum of Oncology and Radiology in Moscow. They are attended by specialists from Russia, the USA, Greece, Serbia, Germany, Finland, Israel, Switzerland, the Netherlands, and Austria.

Opening the Tsybov readings, Academician A.D. Kaprin noted that traditionally these readings are held not only in order to summarize the work of the Forum, but also to pay tribute to our great teachers.

- It is very symbolic that we are in the center today, the whole life of which was given to academician A.F. Tsyb. For more than thirty years, Anatoly Fedorovich led him, practically lived at work and it is best to honor the memory of this great scientist with our scientific achievements and the preservation of traditions that are strong in this team, ”A.D. Caprin.

On behalf of the Ministry of Health and personally Minister V. I. Skvortsova, words of greeting to the participants were expressed by E. G.

Kamkin. He recalled that in the next six years the state will allocate an unprecedented amount of 1 trillion rubles for the implementation of the national program to fight cancer, to improve the provision of medical care and its effectiveness.

- This is the creation of more than 500 outpatient oncology care centers throughout the country for 6 years, reference centers based on large national medical research centers, updating the material and technical base of almost all oncological dispensaries and hospitals in the regions, the acquisition of unique equipment for both medical and and for scientific purposes. And, of course, increasing the availability of medical care and, above all, providing the needy patients with necessary medicines.

it was emphasized that the Ministry of Industry and Trade in every way contributes to the creation and introduction of safe and effective domestic drugs and medical products to the Russian market. - I'm sure that close

He wished success to all conference participants in the exchange of experience with each other and with foreign colleagues.

S.A. Tsyb read out the greeting of the Minister of Industry and Trade of the Russian Federation D.V. Manturova, in which there was

the cooperation of the scientific and medical community will ensure a qualitative forward movement, ”the statement says. Sergey Anatolyevich emphasized that the Forum is an important platform where industry representatives can actively engage in dialogue with the medical community, patient organizations and international organizations.

I.N. Kahramanyan recalled that A.F. Tsyb undoubtedly belongs to the galaxy of outstanding Soviet and Russian scientists, organizers of medical science and the organization of health care, the memory of which for many decades will be a strong foundation for those who work today and will come to medicine tomorrow. The fact that foreign colleagues are present at the forum annually proves the invaluable contribution of A.F. Tsyba in the development of nuclear medicine both at the Russian and international levels.

K.V. Baranov read out a greeting from the governor of Kaluga Region A.D. Artamonov, in which he noted the special contribution of specialists from the A.F. Tsyba not only in the development of the region, but throughout the country. He also spoke about the modernization of the primary link in the Kaluga Region, combined

large and small institutions with large central district hospitals, arranged the routing of patients, introduced the issuance of medical transport to medical assistants, arranged the work of three types of FAPs, and oncology rooms and centers are being prepared for opening.

7 regional components of national projects and 10 local pilot projects are implemented in the region. And almost all of them are attended by specialists of the NMIC Radiology. He thanked the whole work team and personally Academician Kaprin for his excellent work.

As part of the opening, a ceremony of signing the Russian-Italian agreement on scientific and practical cooperation in the field of oncology was held. The President of the Association for the Promotion of Italian-Russian put their signatures in the document

clinical studies, the preparation of scientific papers and the creation of a unique and first-ever Russian-Italian medical dictionary.

A SPECIAL GUEST FROM AUSTRIA PROFESSOR REINER RIENMULELLER TAKES PART IN THE SECOND INTERNATIONAL ONCOLOGY AND RADIOLOGY FORUM. HE HEADED IMMEDIATELY FOR SEVERAL SECTIONS WITHIN THE III ALL-RUSSIAN CONGRESS OF RATRO.

HERE THAT HE TOLD US ABOUT FORUM WORK

“We organized a section where questions of theranostics were first raised. This is a new medical approach, consisting in a comprehensive solution to therapeutic and diagnostic problems by creating drugs that are both a therapeutic agent and an early diagnostic tool. The second part of the section was devoted to biobanking, which plays an extremely important role in oncology. Histological samples of different types of cancer, different stages of treatment are stored there. The creation of such a biobank opens up opportunities for the search for new therapeutic and diagnostic methods, identification of biomarkers that determine the effectiveness and safety of certain treatment methods. This is especially true with the development of personalized medicine.

It was my honor to be the guest of honor of this event for the second time. And I can say that the forum, like your country, is only moving forward. ”


As part of the Second International Forum of Oncology and Radiology, we met with Lina to learn about her impressions of the discussions and the organization of the event

“COOPERATION WITH RUSSIA SHOULD CONTINUE AND EXPAND” So our expert, an invited guest of the VIII All-Russian Congress “Photodynamic Therapy and Photodiagnostics” - Lina Bolotin, Doctor of Biological Sciences, Associate Professor of the University of Lorraine and the Lorraine Institute of Cancer (France), says so.

You came to us for the second time. What caused your interest?

- Yes, this year we are already participating in this event as co-chairs of several sections, and last year we only read reports. And both times we were invited by Professor Elena Vyacheslavovna Filonenko.

Our cooperation with Russia began in 2018. It is supported by both the French Ministry of Foreign Affairs and the French Embassy in Moscow, and the Ministry of Education and Science here in Russia.

Tell us more about this.

- We cooperate with the laboratory of laser biospectroscopy of the Center for Natural Scientific Research, IOF A.M. Prokhorov, led by Professor V. B. Loshchenov. We are together

we develop spheroids - these are such tumor cells in the form of a sphere. This model is very much like a real tumor. And we have some developments on this subject that we are testing here in Moscow. And this visit is part of our cooperation.

We also visited the French Embassy in Russia and received confirmation that we will continue to cooperate on this and other projects that we have in Russia.

I would like to emphasize that the French side is very interested not only in continuing cooperation, but also in expanding its formats. For example, last year came to us

graduate student from Moscow, this year we are already waiting for two specialists.

What are your impressions of the Forum?

- I think the forum has become more

saturated. I see new countries, topics, discussions, sections that were not in the past. For example, we just heard a very interesting message regarding dentistry, an excellent report on navigational surgery, which uses the fluorescence method. We are very interested in this because it is part of our work in France.

I would like to wish all participants and organizers fruitful work, successful cooperation and excellent results

On September 26, within the framework of the Second International Forum of Oncologists and Radiologists, a meeting was held with the leaders of the SB NGOs and representatives of oncological dispensaries in Russia. The round table was devoted to the theme “Strategy

effective development and interaction of the non-profit sector with healthcare facilities. ” The moderator was O.V. Vostrikova - Chairman of the International Union of Patient Care and Support. The meeting delegates discussed a number of topical issues related to the organization of oncological care for the population of Russia: the experience of organizing work with patients and their relatives, the experience of the doctor’s interaction with the SB NCO: the patient’s place in this interaction, the additional education of children and adolescents being treated. The experience of the implementation of socially significant projects in collaboration with the BRUO St. Petersburg Belogorye against childhood cancer was presented. Also

experts summed up the results of the I All-Russian Congress of non-profit organizations providing assistance and support to cancer patients.
The International Union for Patient Assistance and Support (www.soyuzpatsientov.rf) was created to bring together doctors, patient organizations, non-profit patient care partnerships and charitable foundations to improve the quality of life of patients and provide care to patients; development and promotion of early diagnosis of diseases in the Russian Federation; the organization of educational work on the fight against diseases among the population in the media;

raising funds and resources for the development of scientific research with the assistance of government agencies in partnership with public organizations and socially-oriented business structures; providing assistance in continuing education and training of medical workers in leading clinics and educational institutions of the Russian Federation and abroad.